Science Behind the Stars 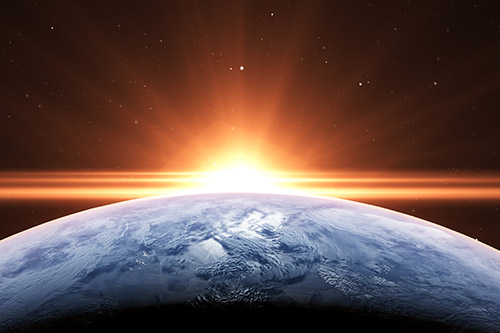 There’s no doubt the stars were existence long before humans walked the face of the earth, so when and how did we begin looking to the stars to determine our future, our life, our characteristics, and everything that has come to be known as our horoscopes? We’re here to take a look at the history of our relationship with reading the stars, which began more than 4,000 years ago.

Humans have been looking to the stars for guidance as early as civilizations have existed, according to an article on Astro Style. Without the technology or knowledge of today, there are extensive records of the earliest civilizations placing many events we can explain now through science in the hands of the heavens and the stars. This is seen in the practices of rituals and rain dances sprinkled throughout our earliest recorded civilizations.

The Babylonians invented the first astrological system as well as the zodiac wheel in 700 B.C.E. This wheel is still used today by websites that provide natal chart readings. To learn what your reading is, fill out your birth date, birth time, and birthplace in this free natal chart calculator on Cafe Astrology and also see an example of the zodiac chart created by the Babylonians.

By this point in time, Babylon comes under the control of Ancient Greece as a result of Alexander the Great’s conquests. Greek literature gives way to the modern names we assign to the planets and zodiac signs. Another advancement we still use today comes into existence during this time period as well — Ptolemy’s Tetrabiblos. This work touches upon not only zodiac signs, but also houses and aspects/angles. Theodoros Karasavvas offers a more extensive recap of the advancements made in astrology by the Ancient Greeks in this article on Ancient Origins.

Before arriving in the Middle Ages, the fall of the Roman Empire results in the disappearance of Western astrology for roughly 500 years, but the Middle Ages sees the re-emergence of astrology. Doctors, astronomers and mathematicians all show instances of practicing astrology, and astrologists in turn use mathematics to update their charts and readings. At one point in time, esteemed universities such as Cambridge even had astrology chairs.

This time period is also known as the Age of Reason, and in combination between the rising power of the church beginning toward the end of the Middle Ages, the popularity of astrology once again declines. As Western civilization moves from the Age of Reason to the Age of Enlightenment, astrology is seen as entertainment rather than science.

Skipping ahead a few centuries, newspapers begin publishing horoscopes and thus begins the practice that still exists today. Zodiac readings never really move out of the realm of entertainment, even after being published in 20th century newspapers.

For those who are interested in the long haul of reading about history, both the Smithsonian and Time have articles that discuss the history and science (or non-science) of horoscopes. Linda Rodriguez McRobbie starts her analysis when newspapers began publishing horoscopes and discusses the credence of horoscopes and why people still read into them in her Smithsonian article. Olivia B. Waxman gives a brief history of horoscopes, then explains the twelve difference zodiacs and ends with a section detailing the difference between astrology and astronomy in her Time article.

Whether you’re a firm believer in horoscopes or not, they offer a look into the historical practices of our earliest civilizations and play host to the strange relationship between humans in the stars. While the future is still hard to pin down, we have the history of horoscopes to show how far we’ve come.